We skipped Friday out of respect for the Friday News Dump. Letting the media flush empty, we’re going to make Saturday a regular thing at Magnana Mouse Citizen Media. Buckle up. Lots to share. Punk bands in Russia are getting a Spanish Inquisition Dixie Chick smack down; Obama released an ad about how Ryan/Romney want your daughter to have your uncle’s baby; Kansas admits defeat in their Planned Parenthood witch hunt; and an oldie-but-goodie about Mittens and the “White Horse Prophecy.”
_______________________________________ 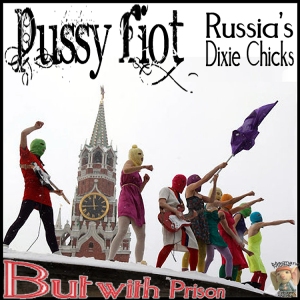 Russia may not be the big, bad U.S.S.R. it was before the wall came tumbling down, but they’re still a country run by a dictator. At least Bush and the Republicans tried hiding it in 2000 and 2004. Putin won because 90% of Russians love the feel of that boot at their throat.

Well, the Dixie Chicks took on a lot of Clear Channel “don’t speak of Herr Bushie like that” and tea-stoner “shut up, bitch” sweet-country-girl-under-the-bus retaliation from the knuckle dragging right. But, in Russia, they don’t just pull your wallet out and shame you, they tear it out of your pocket before shoving an AK-47 back upside ya.

The women of the somewhat radical “Pussy Riot” punk band broke into an orthodox church and had an anti-Putin mini-concert on the altar. Didn’t go over well. They were charged with with hooliganism aimed at inciting religious hatred and sentenced to two years in prison. It’s bound to have a huge impact on any freedom of speech left in Russia, especially where art is concerned, and it’s promised to radicalize BOTH sides. 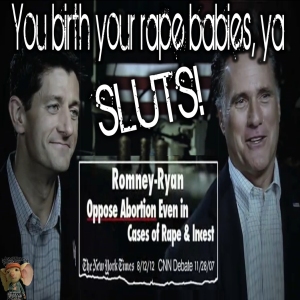 Short and sweet here: The Reelect Obama team has released a new ad. This one takes on the Ryan / Romney drive to return women back to the days of wire hanger abortions in back alleys when they need to dig their uncle Bubba’s baby out of them.
You didn’t realize that, did you. Both Ryan and Romney support making ALL abortions illegal, even in cases of rape, incest, and when the pregnancy means the life of the mother is at risk. Chalk it up to one more battle front in the Republican party’s war on women. 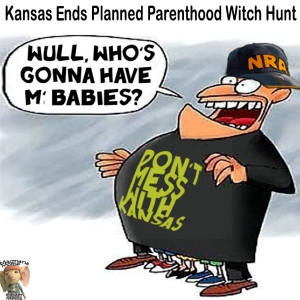 Well, good news from Tea-country: Current right wing Attorney General Derek Schmidt and Steve Howe, the right wing district attorney in the wealthy Kansas City suburbs, where the embarrassment has been waged announced their failure. They don’t have a case. They’ve dropped all 32 charges because it’s a freaking witch hunt. Howe and Schmidt shoved their tails between their bow-legs and made a 4-page statement acknowledging that they’ve wasted MILLIONS in Kansas Taxpayer money that further threatens public schooling and basic services. All because they’re hell-bent on insane evangelical dominionism.

No Sharia law, huh, Kansas? Well, glad your Republican attempt at it failed.

And, finally, a couple blasts from the past from the Magnanimous Mouse Hole: 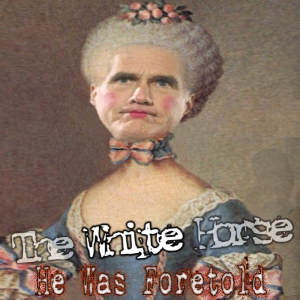 Mittens is NOT a Mormon. He’s THE Mormon. As the article says, calling him *a* Mormon would be like calling Newt a “Christian” if he were Jesus’ second cousin. Romney is a descendent of Parlay and Orson Pratt, the ones chosen by Joseph Smith to instill Mormonism as the American Theocracy (Huntsman is too, BTW). No joke. This is as close as we’ve ever been to a real Theocratic regime.

But at 19 years of age, the youngest son of the most prominent Mormon in American politics — a seventh-generation direct descendant of one of the faith’s founding 12 apostles—Mitt Romney had been singled out as a destined leader.

No one likes to talk about the fact that it’s a religion that still has inner circles that practice polygamy. Or that they still talk of Blacks as having being punished by the Gods on the planet Kolob with their foul skin color for being sinners – never able to see their Heaven. Surely never able to see the penthouse offices in the Temple castle offices. No one seems to mind that there are people still escaping it as one must from cults.  www.mormoncurtain.com 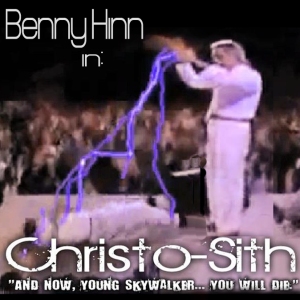 No one seems to care that we have a cultist who seeks domionism over the government of the United States. It’s not bigoted to question the cultish behavior of the Mormons any more than it is of the Benny Hinn Dark Sith Lords for Jesus or deviants in the militant gun nuts of the Ozark NRA Warriors for a White Jesus.

No dominionism inspired cultist should be anywhere near a leadership position in the US. Especially not one who is known for being a compulsively LYING fraud to any of these goodly, godly practices.