Is FOX the Stopped-Up Toilet or the Ass Dumping Into Toilet-YOU?

FOX News is a backed up toilet at its best. But, as a good book says, “everybody poops.”

While 67% of people parked in front of this idiot-box of hate and stank, that leaves a full third who are Democrats or who “lean independent,” as NBC News points out:

That is, lemme see … millions of people.  So, Democrats (and left-wing independents trying to use the Democratic Party to sneak into the Oval Office) should continue to accept invitations to appear on the White Nationalist Network to expose them to plungers and disinfectant. 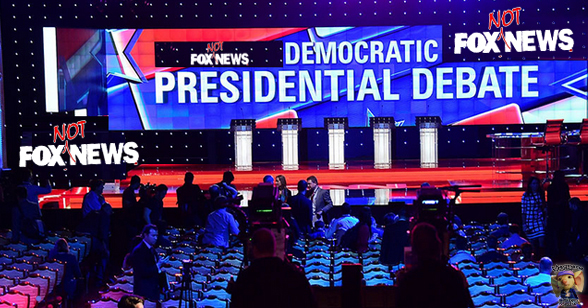 That said, this doesn’t mean that the Democratic National Committee should change their mind about letting the White Nationalist Network sponsor and host a Democratic Primary Debate.  While wise to appear on their network, allowing the Murdoch Right Wing propaganda network to profit off a Democratic inter-party electoral process is not acceptable.Of Course Democrats Shouldn’t Let Fox News Host a Primary Debate

They will get to host a debate in the General.  They don’t get to have any kind of direct say in the candidate we choose to oust their autocrat.

Magnana Mouse is a state of mind. Magnana Mouse is the Resistance. Citizen Media. World peace is a thing we will achieve person-to-person across the planet. Truth is like that. Person to person. Truth is a thing. It is all of our responsibility to foster it's regrowth. Primary source only has one higher. So to speak. Haleakala. #RESIST
View all posts by Magnana Mouse →
This entry was posted in Capital D Democratic Biz, Election 2020, Republican Darkness, Trump Illegitimacy and tagged Bernie Sanders, Democratic National Committee, Democratic Party, Democratic Primary, DNC, FOX NEWS, Presidential Debates, Rupert Murdoch. Bookmark the permalink.