Donald was told by his paramedics and the WH cleaning staff that he couldn’t have any more burgers in bed.  Not until they could find exterminators who could get rid of the roach infestation.

Individual 1 thought about it and just knew the cows had to be taught a lesson.  So he ordered the Army to carpet bomb every cattle ranch in the Midwest.  For desert, he  announced a trillion dollar tariff on all “foreigny beef importers.” 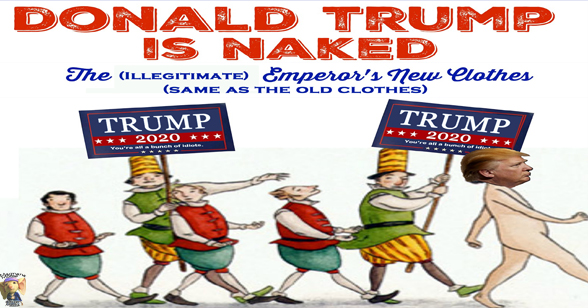 The real story of the mindless idiocy and hate we elected to destroy Western Civilization is a little darker.  Donald has been making America complicit in Saudi Arabia’s genocide in Yemen since signing his contract with Putin to run us into the ground.  The DEMOCRATIC House passed a resolution invoking the War Powers Act to get us TFO of Yemen NOW.

So, Trump OF COURSE vetoes it.

The faux-emperor with no clothes said to reporters that he did this to stop an “unnecessary, dangerous attempt to weaken my empirical right to do anything I damn well want, so quit bitching before I throw your ass in a kennel with the other illegals.”

Magnana Mouse is a state of mind. Magnana Mouse is the Resistance. Citizen Media. World peace is a thing we will achieve person-to-person across the planet. Truth is like that. Person to person. Truth is a thing. It is all of our responsibility to foster it's regrowth. Primary source only has one higher. So to speak. Haleakala. #RESIST
View all posts by Magnana Mouse →
This entry was posted in Deplorable Tea-douchery, Republican Darkness, Trump Illegitimacy, World Politics and tagged Donald Trump, Saudi Arabia, The Emperor Has No Clothes, Vladimir Putin, Yemen. Bookmark the permalink.