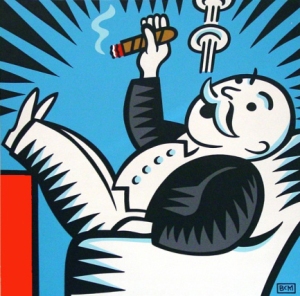 I just received a frightening letter from Josh Silver at Free Press about the FCC’s approval of the monopolistic merger of Comcast and NBC.  This isn’t something to take lightly, my friends.

The following is the transcript of the mail, laden with what you can do to help stop this monstrous decision!

The FCC just blessed the merger of Comcast, the nation’s largest cable and home Internet provider, with NBC Universal. The Justice Department approved the merger, too, leading to the unprecedented consolidation of media and Internet power in the hands of one company.

There’s no way to sugarcoat it. Wherever you live, the Comcast-NBC merger is a disaster.

Letting one company control the pipes and the content that flows over those pipes is a formula for abuse. Comcast-NBC could soon hike up rates, take away your favorite channels or even stop you from watching your favorite shows online. Comcast has already targeted Netflix and other companies that compete with its video and Internet offerings.

The merger lays waste to then-candidate Barack Obama’s 2008 promise, when he said, “I strongly favor diversity of ownership of outlets and protection against the excessive concentration of power in the hands of any one corporation, interest or small group. I strongly believe that all citizens should be able to receive information from the broadest range of sources.”

We at Free Press believe that, too. But unlike the president and his FCC chairman, we’re not caving to corporate pressure. Free Press is working with our allies and activists to fight for more open, democratic and diverse media.

Here’s how you can help:

1. First, let Washington know that there are consequences to blessing this bad deal. You can tell everyone that this merger is a disaster by Tweeting about it, spreading the word via Facebook, and sharing this e-mail with others.

2. Next, join our national network of local Comcast watchdogs. Sign this pledge to protect your community against future Comcast abuses, and we’ll connect you to a growing network of activists in your area and beyond.

3. Finally, support the Free Press Action Fund so we can mobilize a broad coalition to stem the tide of new media mergers sure to follow in the wake of Comcast-NBC.

Today’s deal, combined with the FCC’s recent loophole-ridden, fake “Net Neutrality” rule, sets the stage for Comcast to turn the Internet into something that looks like cable TV. This administration has a long list of weak compromises to corporate lobbyists during its first two years. But today’s merger is particularly alarming.

You might be saying, “I’m not a Comcast customer, so I’m not worried.” But Comcast will jack up the prices that other cable and online distributors pay for NBC content, and you’ll pay higher prices — we promise.

You might be saying, “I can just get a new Internet provider if I don’t like it.” But there’s almost no broadband competition. And as TV, radio, phone and other services increasingly become Internet-based, cable will be the only connection that’s fast enough to deliver high-quality media and services to most Americans.

You might be saying, “Why should I care about a business deal between two giant companies?” But this merger is certain to be the first domino to fall in a series of mega-media mergers. The FCC’s blessing of Comcast-NBC will embolden companies like AT&T or Verizon to try to gobble up content providers like Disney and CBS, creating a new era of media consolidation where even fewer companies control the content you watch and all the ways you watch it.

The Comcast-NBC merger is truly catastrophic for the public, and for the future of media, technology and democracy.

We can’t let a few corporate giants control the flow of information in America. It’s time to get mad, but it’s also time to get involved.

Magnana Mouse is a state of mind. Magnana Mouse is the Resistance. Citizen Media. World peace is a thing we will achieve person-to-person across the planet. Truth is like that. Person to person. Truth is a thing. It is all of our responsibility to foster it's regrowth. Primary source only has one higher. So to speak. Haleakala. #RESIST
View all posts by Magnana Mouse →
This entry was posted in News of the Magnanimous and tagged Barack, Comcast, comprimise, FCC, Free Press, Josh Silver, Justice Department, merger, monopoly, NBC, Obama, petition. Bookmark the permalink.